Start a Wiki
The Never Land Teamwork Trophy is a object featured in the Disney Junior series Jake and the Never Land Pirates. It a golden trophy with the symbols of Jake's sword,Izzy's Pixie Dust and Cubby's Map on it.

The Never Land Teamwork Trophy reappearance in the book, "My First Look Find Jake and the Never Land Pirates". It is one of various object that viewer need to find aboard Bucky.

The Never Land Teamwork Trophy appears in the online game "Never Land Games". Like the episode its based upon the player play as Jake,Izzy and Cubby through the various events while keeping watchful eye for Captain Hook sneaky tricks. 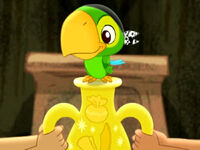 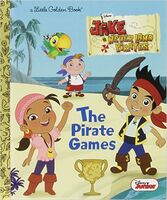 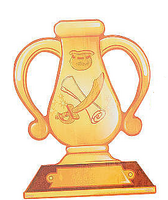 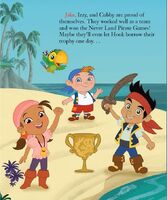 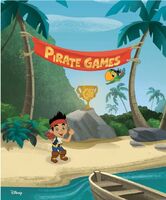 Add a photo to this gallery
Retrieved from "https://jakeandtheneverlandpirates.fandom.com/wiki/Never_Land_Teamwork_Trophy?oldid=82574"
Community content is available under CC-BY-SA unless otherwise noted.